The recent coverage in media of celebrities having hair transplants to regain what nature so viciously took away has surprised almost everyone.  A famous person already has an elevated status that to us commoners may seem that they could achieve and sustain without the trimmings. What we neglect to consider is whether a successful person either in the entertainment industry, business or even politics can retain their status if they were bald.

I will stand on the last group of men as I find the facts quite astonishing. It is a historical fact that the last elected US bald president was Dwight Eisenhower, in the 1950’s. Coming closer to home and in this century, not a single follicurarly challenged candidate has attempted to even claim residence at 10 Downing Street. The UK has not had a bald Prime minister since Winston Churchill in 1951. However gifted and inspiring a politician may be, if he is bald and up against an opponent that is even partially less shiny on top, he stands no chance of winning. It took a floppy haired David Cameron to bring the Tory Party back to power. If it was left to most of his predecessor conservative party chairmen, William Hague and Iain Duncan-Smith to mention a couple, the Tories would still be waiting. 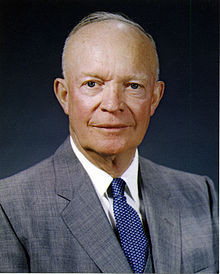 If we try and think of present day famous bald politicians can we name any? And Sylvio Berlusconi will not count as we have to at least reward him with a successful transition to the land of Goldilocks.  It seems that men with a nice bonnet make a better impression than bald guys. A bald man may be equal within his peers and manage to reach high political ranking, but history confirms that it is scarce for a bald man to be directly elected to be the Premier of his country by his people.

The urban myth of baldness equals virility, may have provided comfort to Mr. Joe Bloggs as he believed not to have a different option. However, such men are usually found in the sideline, not the limelight.  It may be disappointing for some to hear, but success in life and especially for public personas is intertwined with physical appearance. The good news is that there is hope for bald men as hair transplants already give viable solutions and will even continue evolving and have now become more financially viable for the common man.